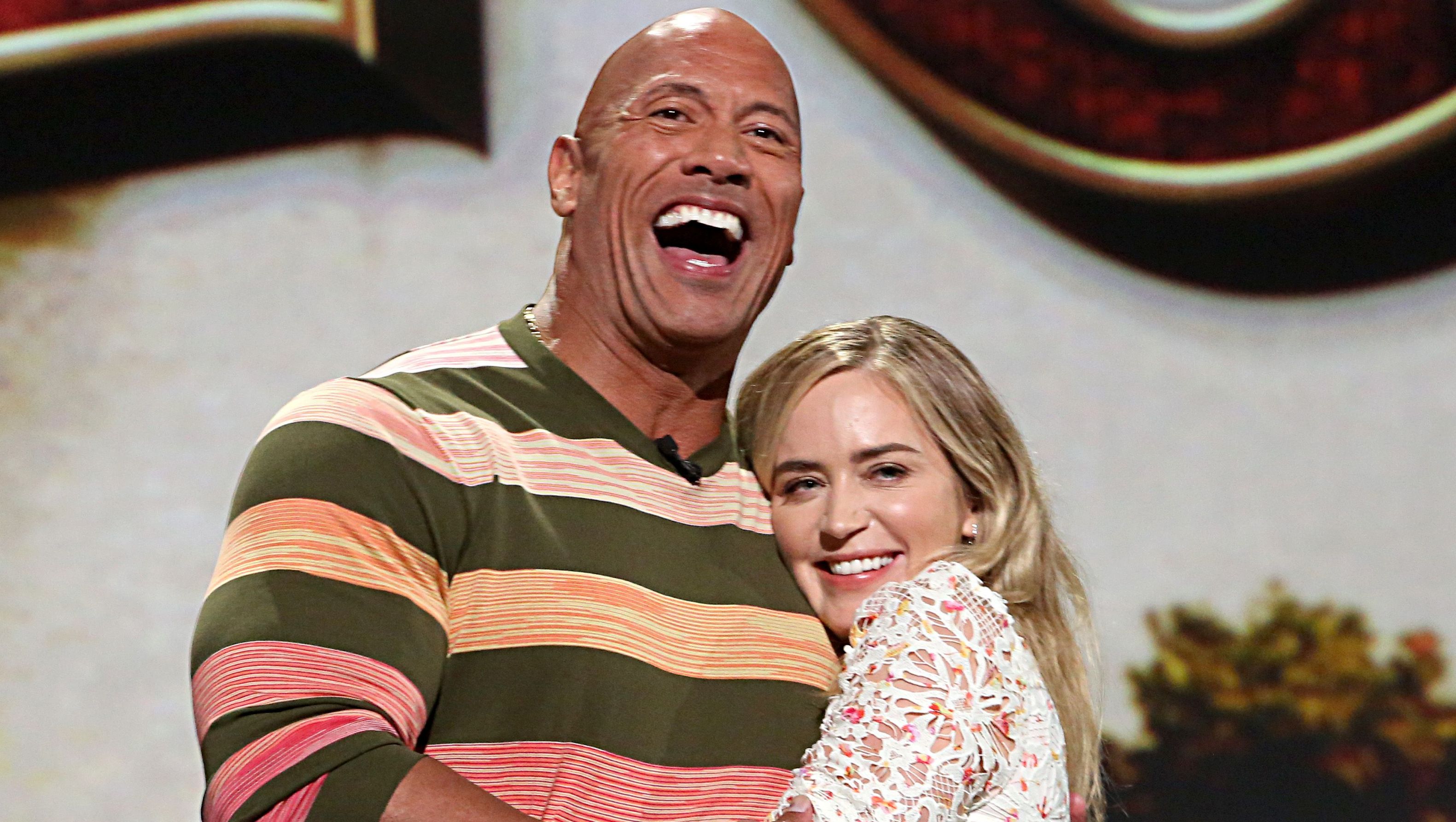 “We were pals for life,” Blunt admitted, according to a report shared by Yahoo! News during a press conference ahead of the movie’s highly-anticipated release on Friday.

“We had this rapport, that like ping-pong back and forth so quickly,” she added.

In Jungle Cruise, Johnson plays the role of Frank Wolff and Blunt plays Dr. Lily Houghton, who travels into the Amazon with brother MacGregor, who’s played by Jack Whitehall.

The Cast Had Lots Of Laughs On Set 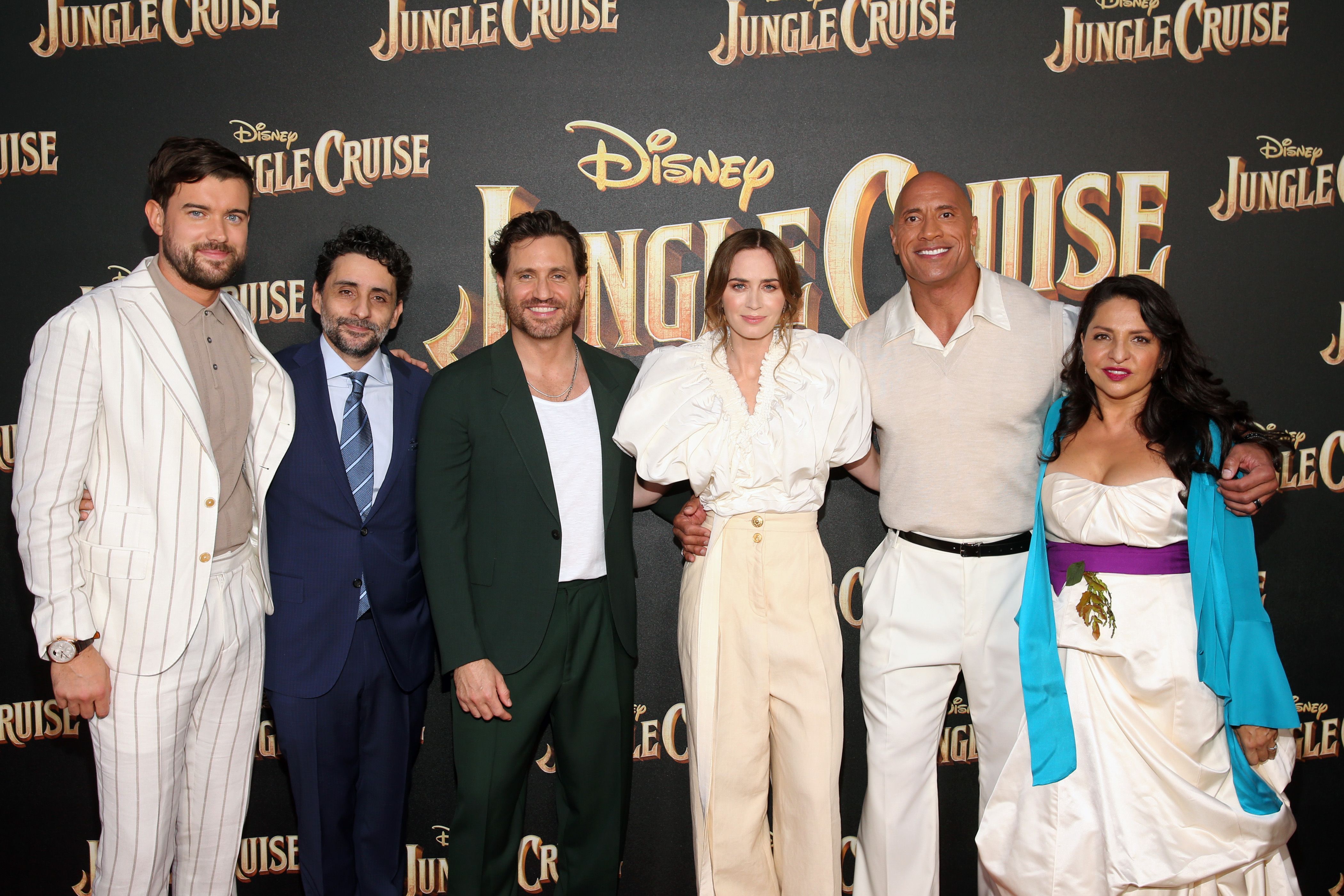 During the film, Blunt’s character goes to Johnson’s character for help as they attempt to navigate through the most dangerous part of the Amazon River in hopes of finding a special tree, the "Tears of Moon," which they believe will help the world of medicine and provide healing powers to those in need.

The cast also includes Edgar Ramírez as Aguirre and Paul Giamatti as Nilo.

Because improvisation was often needed during the filming of Jungle Cruise, there were lots of laughs amongst the cast.

There Were Some Awkward Innuendos Made Amid Filming 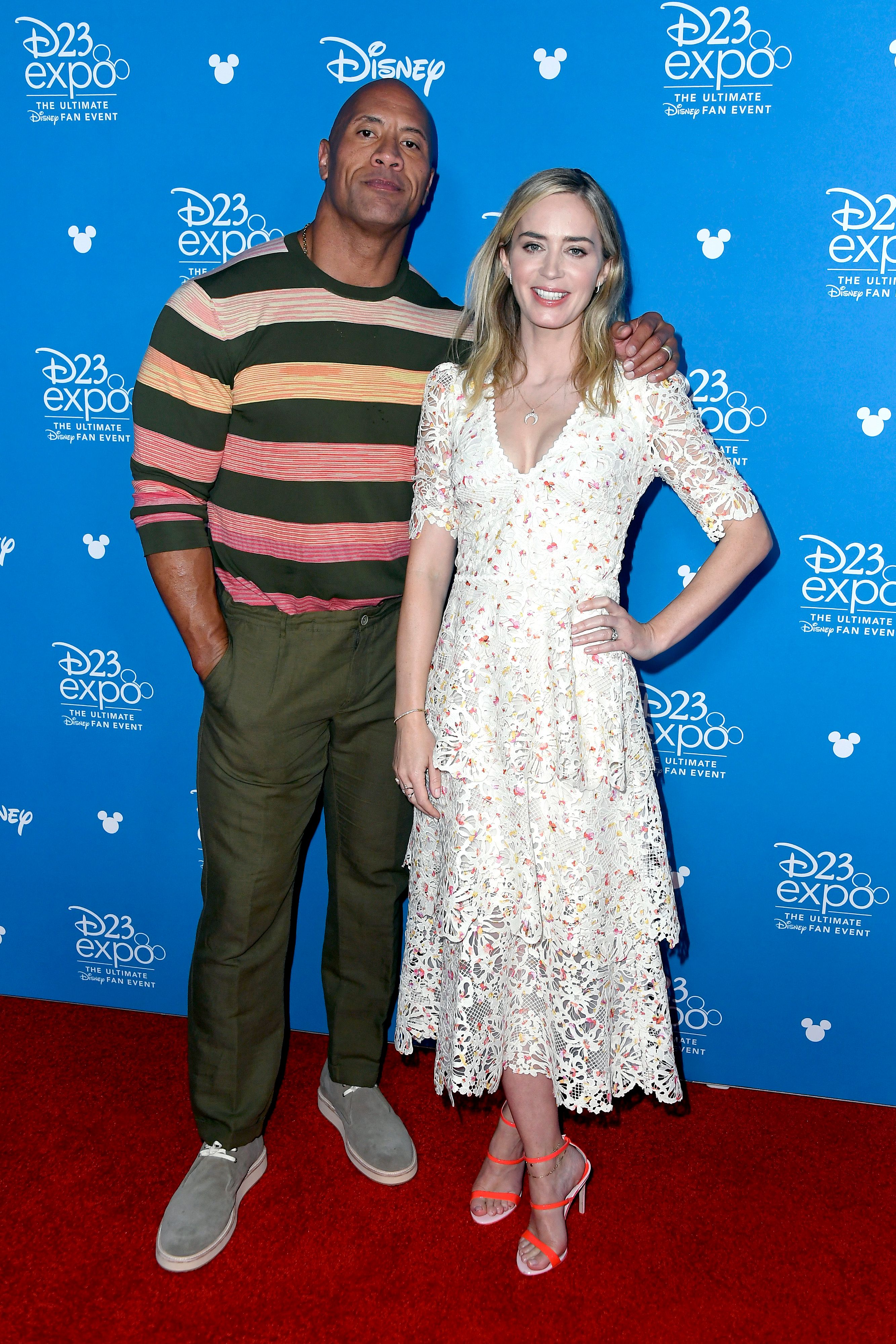 "Every time he’d throw in some awful improv that would make me laugh,” Blunt admitted.

The two actors also shared a few laughs as Blunt’s character attempted to pull a sword from Johnson character’s body. In fact, according to Whitehall, some of the comments made wouldn’t have aligned with the film’s PG-13 rating.

Looking back at the silly, and inappropriate moments, Blunt joked that the innuendos made were “appalling” as Johnson added that they were “dark web jokes.”

Dwayne ‘The Rock’ Johnson Is A True Comedian 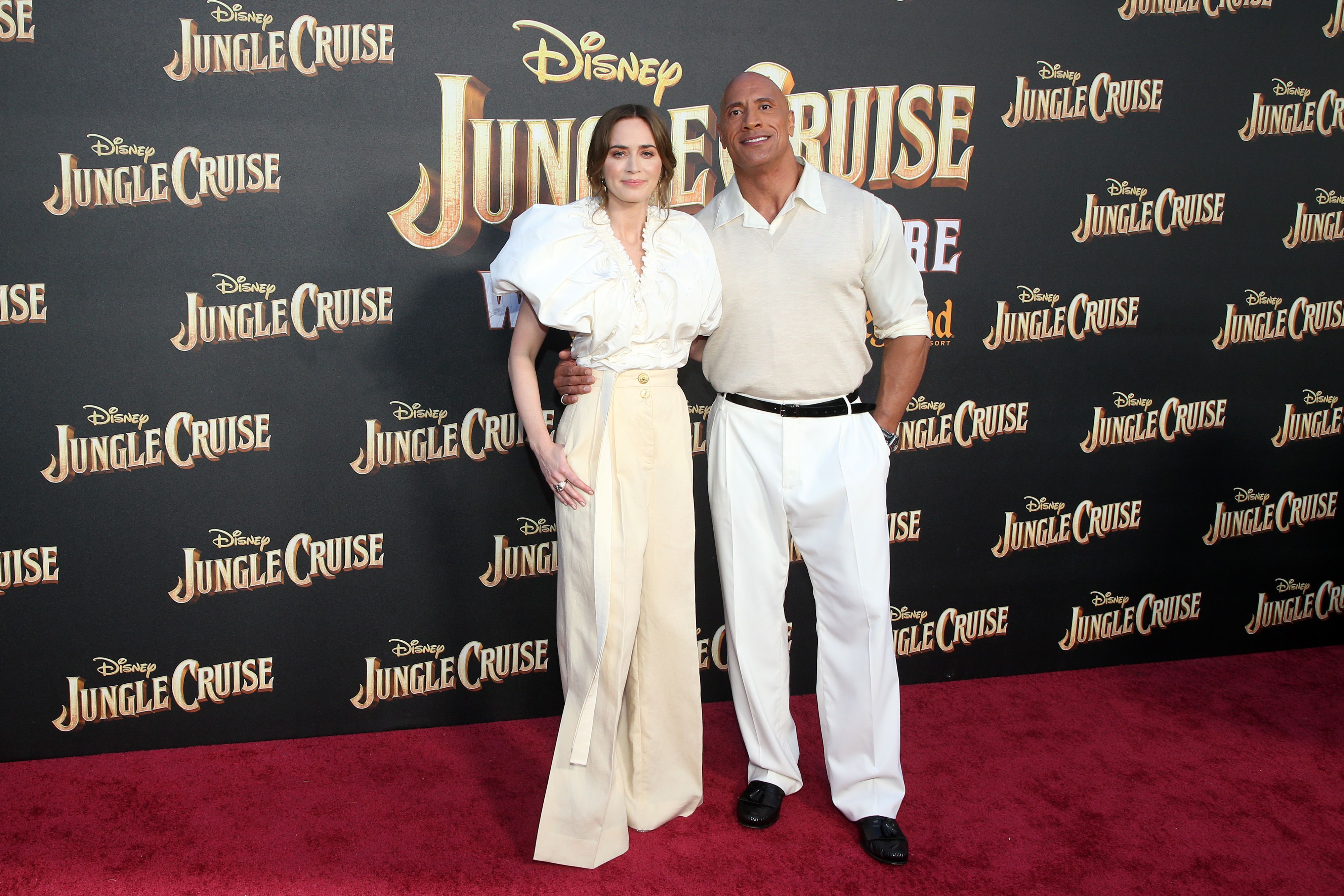 When Yahoo! Canada asked Whitehall to evaluate the many puns of Johnson, Whithall revealed Johnson is quite the comedian.

“The scenes where he was cracking the puns were some of my favourites in the entire film,” Whitehall said. “If the film career dries up, there’s definitely a future for him in stand-up comedy. I have a few connections on the open mic circuit of London and could probably get him some good stage time if he needed it. I definitely think that could be a little career change of lanes for Dwayne ‘The Rock’ Johnson.”

Jack Whitehall’s Character Was Inspired By His Dad 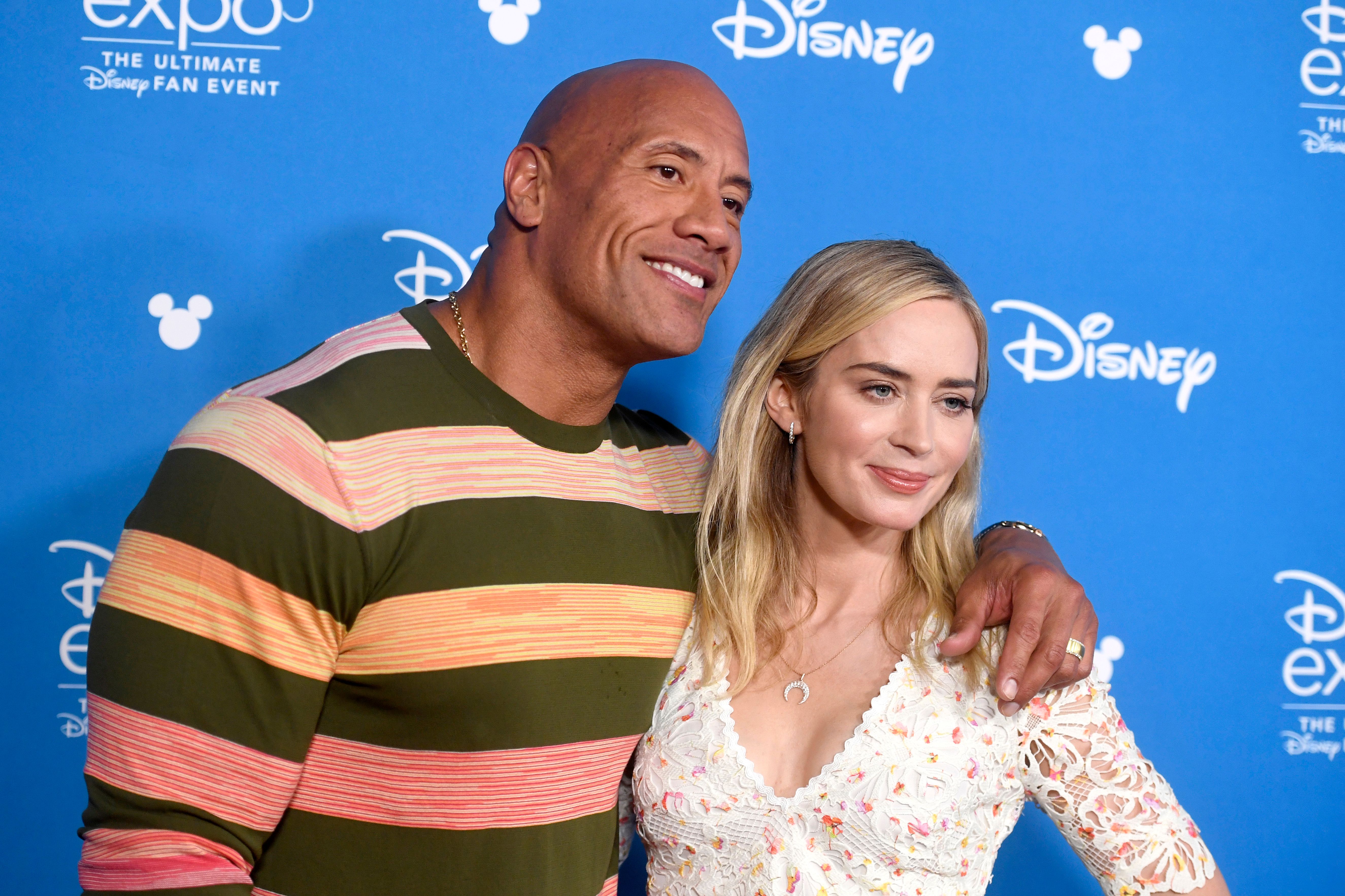 Also during the interview, Whitehall said he used his real-life father as inspiration to get into his character, MacGregor, who is a “proper English gentleman.”

“[He’s a] well-heeled English gentleman who prides himself on his sartorial elegance, has kind of contempt and disdain for foreign travel and always turns his nose up at whatever rusty accommodation I’m able to whip up for him,” Whitehall said.

“So I didn’t have to look particularly far for inspiration for the MacGregor character. I very much feel like he’s one part me, one part my dad.”

Jungle Cruise in theaters and available on Disney+.

DIY weed killer: How to remove weeds between pavers with just two ingredients