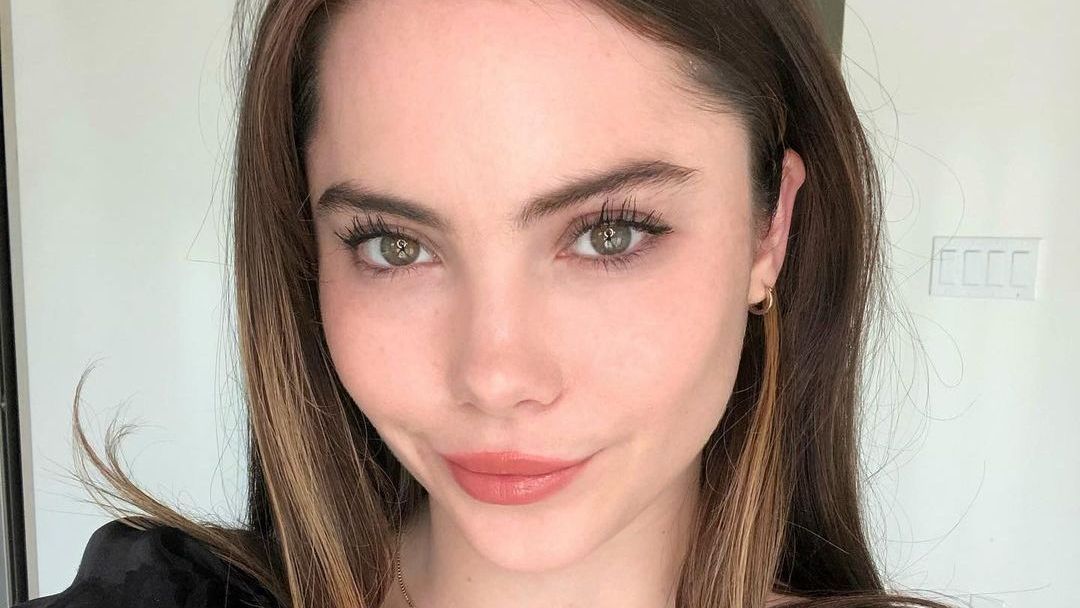 Olympic gymnast McKayla Maroney is flexing her sense of humor as much as her workout muscles. The 25-year-old vault queen, known for dropping wellness tips on her Glohé Instagram, is fresh from a summery and gym-centric post, one the London 2012 Olympics face revealed came after her workout today. Posting with a workout glow, a cute matching fit, and one heck of a caption, the GEICO face pumped her followers up, talking squats and standards. Check out the post below. 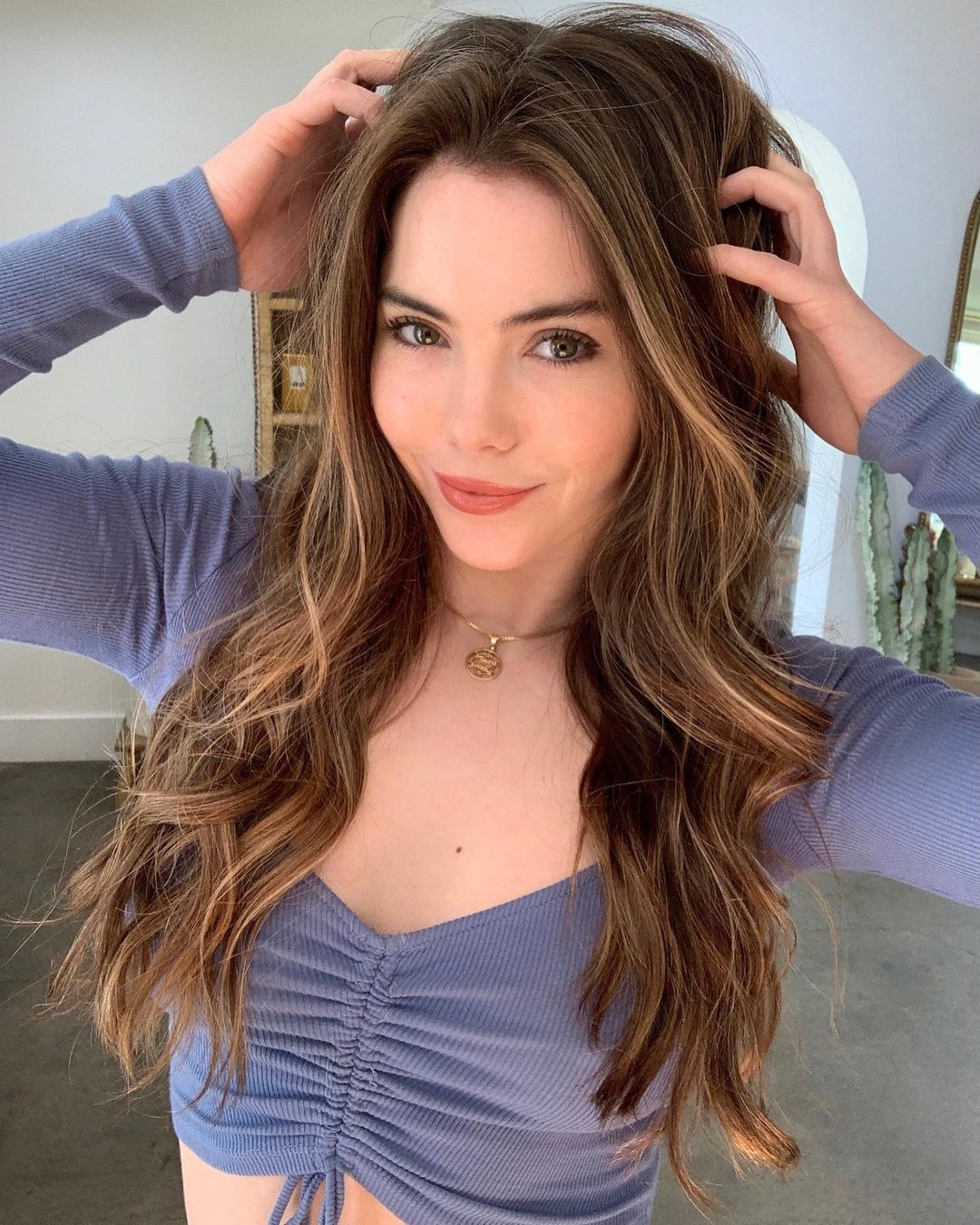 Scroll for the photo. Maroney, this year making workout headlines for giving the Pilates “clam” a go as she rocked yoga pants, was back in her spandex, but outdoors this time. The California native, updating her account on Sunday, shared a sun-drenched selfie as she showed off her rock-hard abs, posing in a co-ordinating leggings and sports bra set and lifting up her shades just as the camera snapped her. 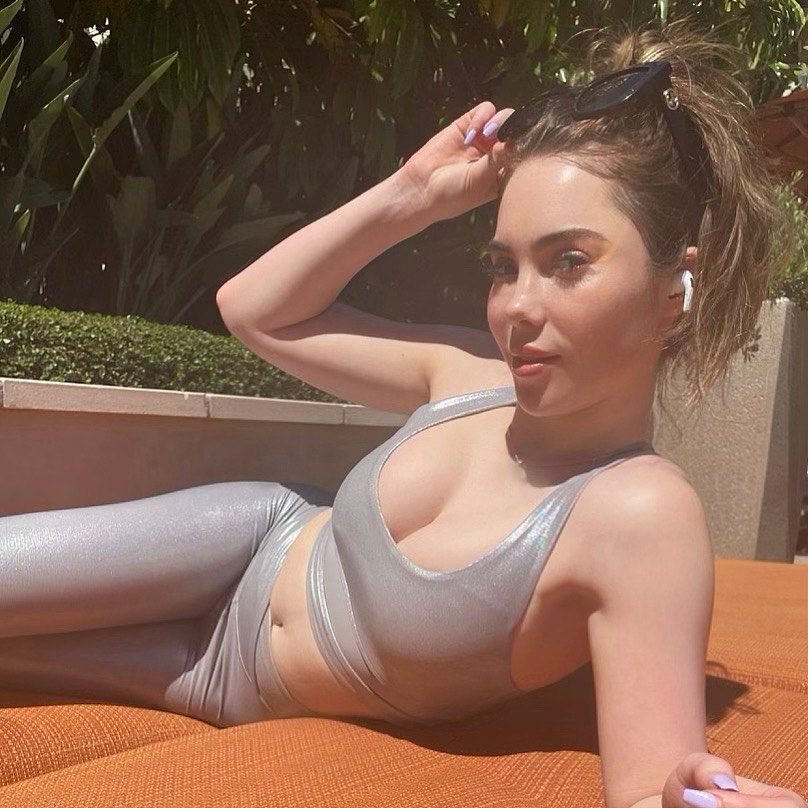 The flexible gymnast, this year back-flipping onto a roof as she fronts car insurance giant GEICO, told fans:

“Hope you’re having a good day wherever you are in the world. I just finished my morning workout! 🤸‍♀️Quick reminder to keep your squats low, and your standards high. 😘.”

Hashtags reflecting the post and not limited to #highstandards and #fitness were then used, with fans taking under an hour to reply. “Happy Sunday!” one wrote. “Fit is [fire],” another said, throwing in a fire emoji.

Scroll For Her Roof Back-Flip

McKayla, whose 2021 has brought candid confessions as she reveals her past binge eating disorder and anorexia battles, has also brought advice as the brunette reaches out to other sufferers. On May 3, and posting a stunning gold hoops car selfie, McKayla wrote:

“No matter what you’re going through the possibilities for you are endless, and great things can still happen. Sometimes it’s hard to claim it for yourself, but we have to. Our mindset is so powerful, we really should use it to our advantage everyday.” More photos after the video.

McKayla, who has revealed that scrutiny around her weight after the 2012 Olympics was unbearable, has also reflected on the high-pressure environment she was once in.

“My coach, and Marta Karoyli used to comment on my weight, saying I was looking “bigger” on my first day of training after a plane flight… When really I was just bloated from the flight,” she wrote this year.

McKayla was, in past times, in an unhealthy relationship with tons of Diet Coke guzzling, then going largely vegan for a lifestyle revamp.