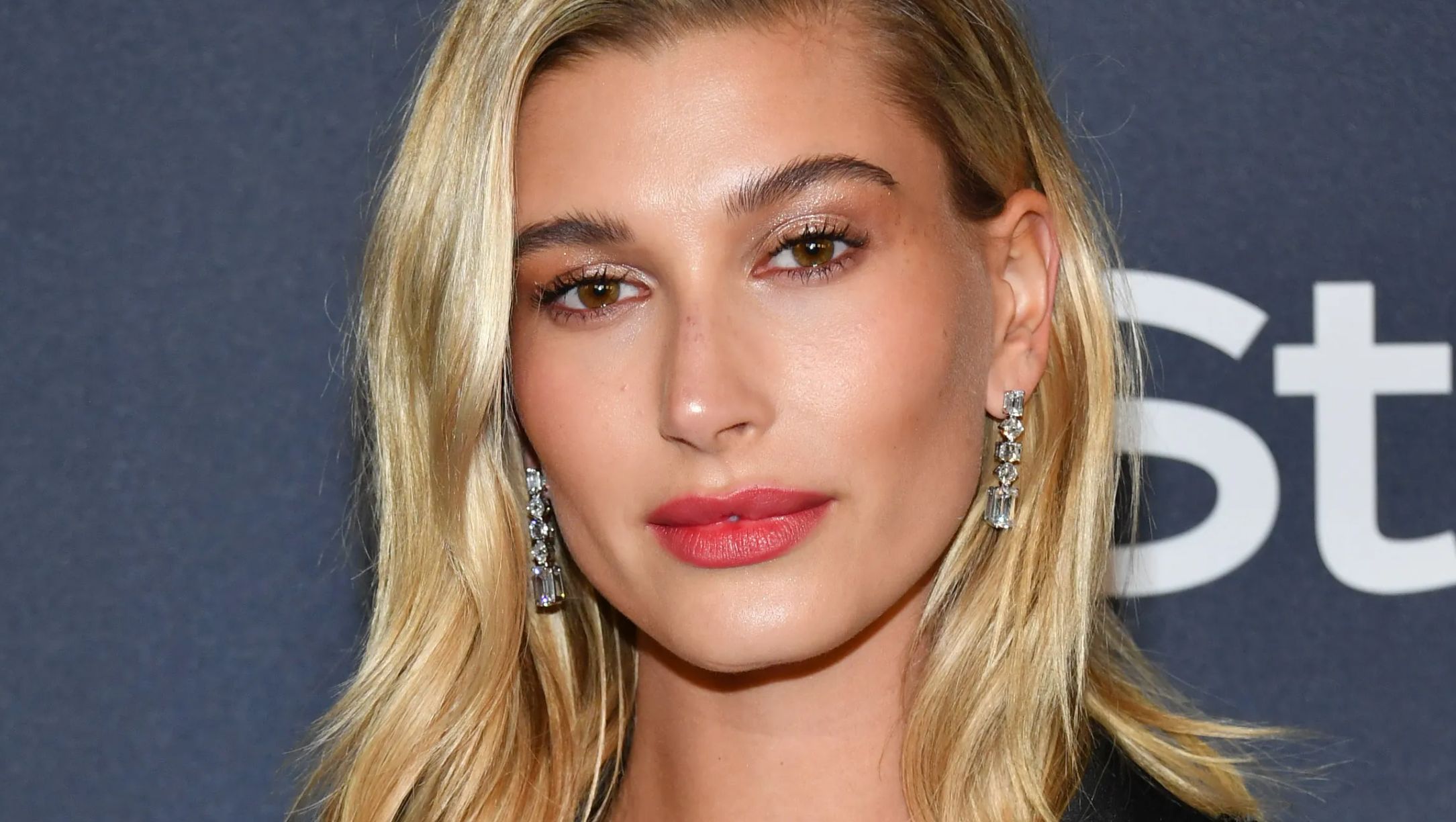 Hailey Bieber is proving that supermodels absolutely do eat – and not just rabbit food. The 24-year-old fashion face and wife to "Peaches" singer Justin Bieber is fresh from sharing "last night" on Instagram, uploading snaps including her superstar husband as she knocked out another ultra-glam look.

On Tuesday night, Hailey and Justin attended an art gallery auction for Canadian Justin, where it looks like the catering was pizza. Hailey’s 36.3 million followers also got a flawless black evening look that was sheer. 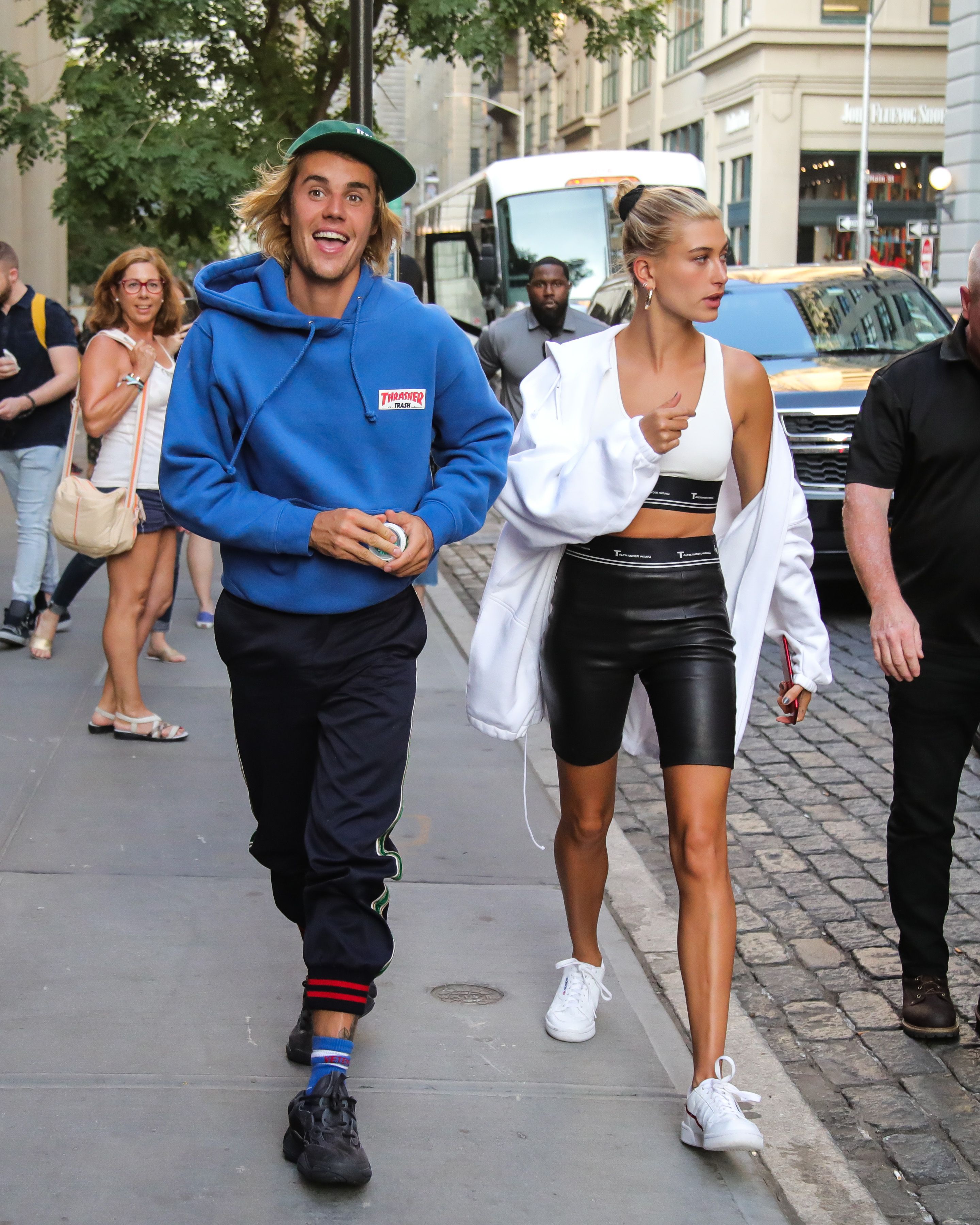 Scroll for the photos. They come as Hailey continues to fuel pregnancy rumors, with the latest seeing the Levi’s face called "mom" by 2018-married husband Justin. Those thinking the blonde is expecting likely have more fuel to add to the fire, if pizza can be considered a craving.

See The Photos Below

Hailey, who opened with a candid couples snap as she showed off hints of the crushed velvet gown, made sure fans got the head-to-toe look with a swipe right. Here, she was sat by a stacked pile of takeout pizza boxes, holding a slice up to her mouth, and posing rather joyfully as she wore statement dark shades and showed off her famous toned legs via the dress’ sheer lower half.

The final shot showed Hailey and Justin on a checkered floor amid purple lighting. See more photos after the pizza.

Scroll For The Happy Couple 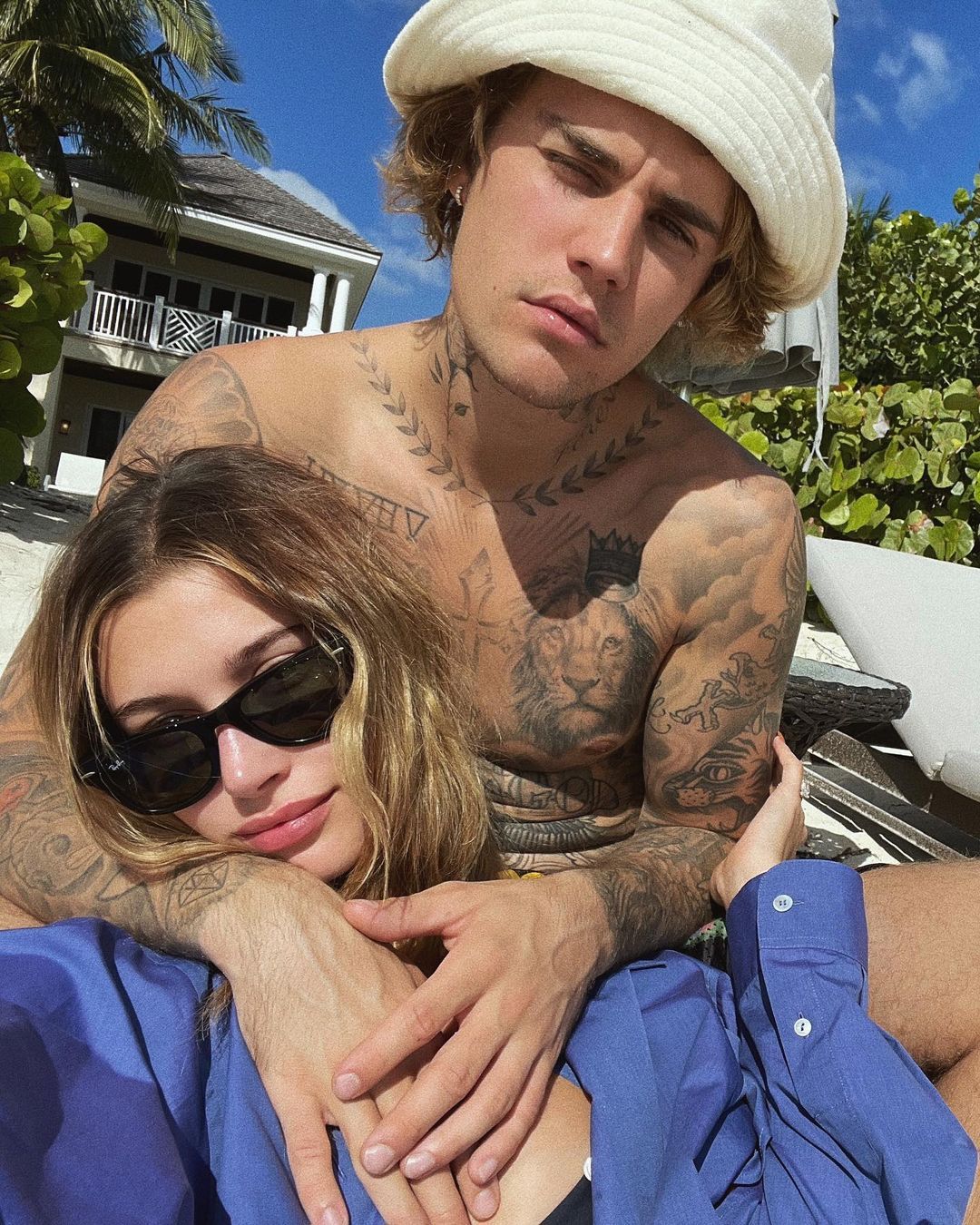 Hailey, announced as Justin’s "wife" after an unannounced courthouse wedding in 2018, now sees fans desperately awaiting her to announce her pregnancy. Turns out, the couple has mentioned having kids.

In late 2020, and while on The Ellen Degeneres Show, Justin opened up on whether or not he and Hailey are ready to welcome kids.

"I’m going to have as many as Hailey is wishing to push out,” he said. “I’d love to have myself a little tribe, but it’s her body and whatever she wants to do." Justin added Hailey wanting to have "a few," adding that the "hold up" – which Ellen asked about – was them waiting for the right time.

"There’s not really an issue, but I think Hailey still has some things she wants to accomplish as a woman,” he continued. “And I think she just is not ready yet, and I think that’s OK."