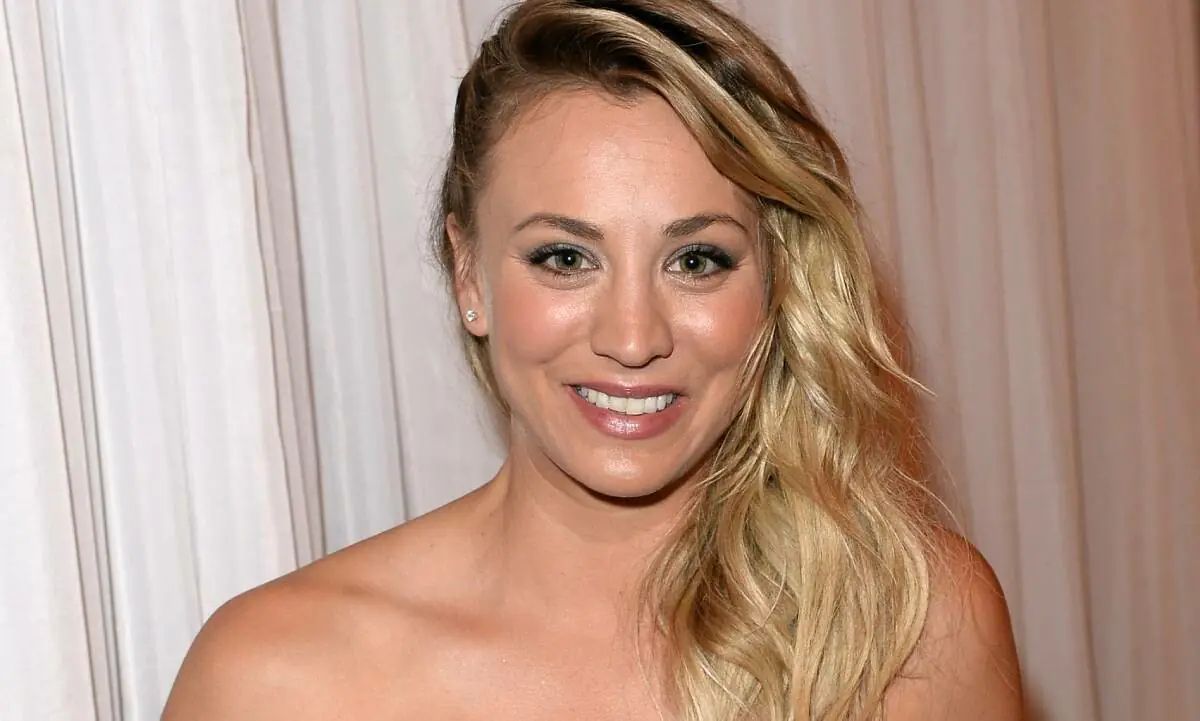 Kaley Cuoco yesterday filmed the side of her pool to explain why she never lies out there. The 35-year-old Big Bang Theory actress, whose $12 million Hidden Hills estate comes with a gorgeous backyard pool and manicured greenery, made it humor central on her Instagram, posting for her 6.7 million followers and revealing there’s a very specific reason why she chooses not to sunbathe on the pool deck. A pair of feet belonging to a sunbather were seen – see why they didn’t belong to Kaley below.

You Won’t Catch Her There 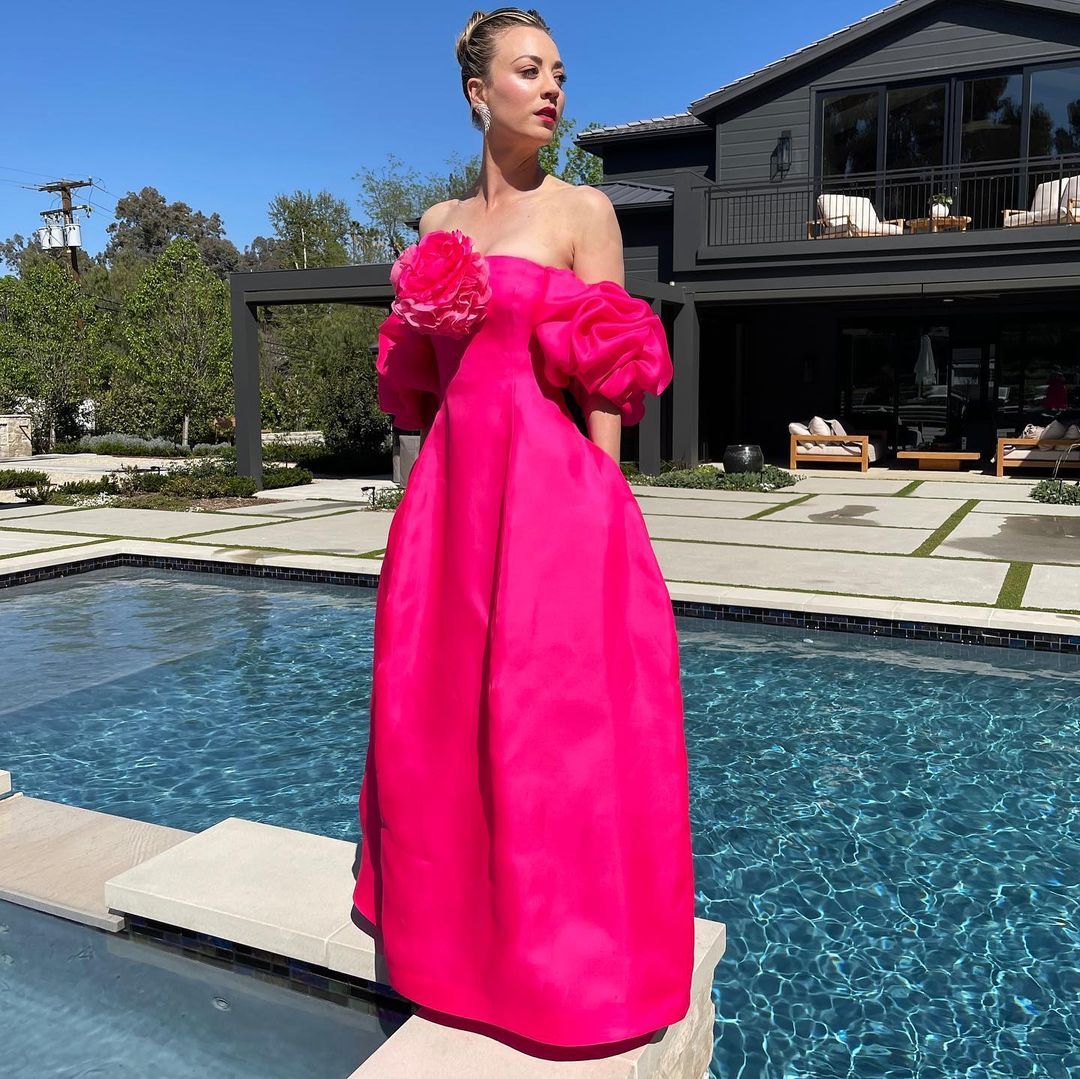 Scroll for the video. The feet sprawled out likely belonged to husband Karl Cook, who moved in with Kaley last year as the couple marked the end of their "unconventional marriage" by finally living together.

Kaley, who houses many dogs including Ruby, Blueberry, "foster fail" chihuahua Dumpy and Shirley, had focused on the latter. The blonde had shown her sunny pool and hints of her mansion, with Shirley seen poolside, barking, and seemingly kicking up a bit of a fuss.

While 2018-married husband Karl bronzed himself, Kaley wrote: "Shirley screaming at me for no reason. This is why I never lay by our pool."

Kaley, who counts reality stars Kylie Jenner and Kim Kardashian as semi-close neighbors, has also been cracking jokes about the reason she and Karl moved in together. "This quarantine has forced us to actually move in together. It’s been great for our relationship," she told Jimmy Kimmel last year, confirming: "We’ve been married for a year and a half, been together for almost four years."

Also mentioned was the veritable farm of animals calling Kaley’s abode home. The actress and her husband also raise rabbits Lenny and Simon, plenty of horses, ponies, and 2020-peeped piglets.

"This is all we’ve been doing. You know, a lot of drinking and trying to keep the dogs occupied," she continued, joking: "You know, we don’t have kids. We just have 17,000 animals…always trying to keep them occupied and happy." March 2020 marked the arrival of high-profile pooch Dumptruck Dumpy. See him below.

Kaley had initially planned for rescue dog Dumpy to be a temporary foster pet, later calling him a "foster fail" as she and Karl fell in love and decided to go down the adoption route. Dumpy has his own @adventurers_with_dumps Instagram, a feed that relates life from his point of view and regularly includes Kaley – she feeds him ice-cream and mortadella chicken sausage.

Kaley also remains in the news for seeing her HBO Max series The Flight Attendant renewed for a second season.