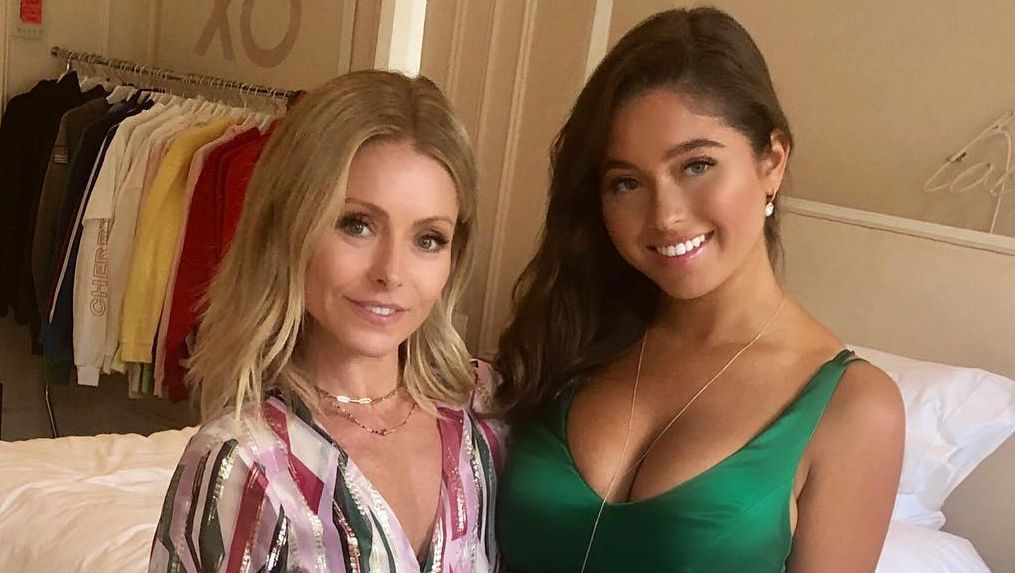 Kelly Ripa‘s daughter Lola Grace Consuelos isn’t a teenager anymore. The 20-year-old NYU student today had her 50-year-old mom shouting her out on Instagram, with a stunning swimwear snap bringing in plenty of humor as Kelly joked about the girl with "big feet." Posting for her 2.9 million followers on Wednesday, the Live! With Kelly and Ryan host dedicated her update to only daughter Lola’s birthday, and it’s been getting mega likes. Kelly’s photo dated back to April 2021, but the message was fresh. Check it out below. 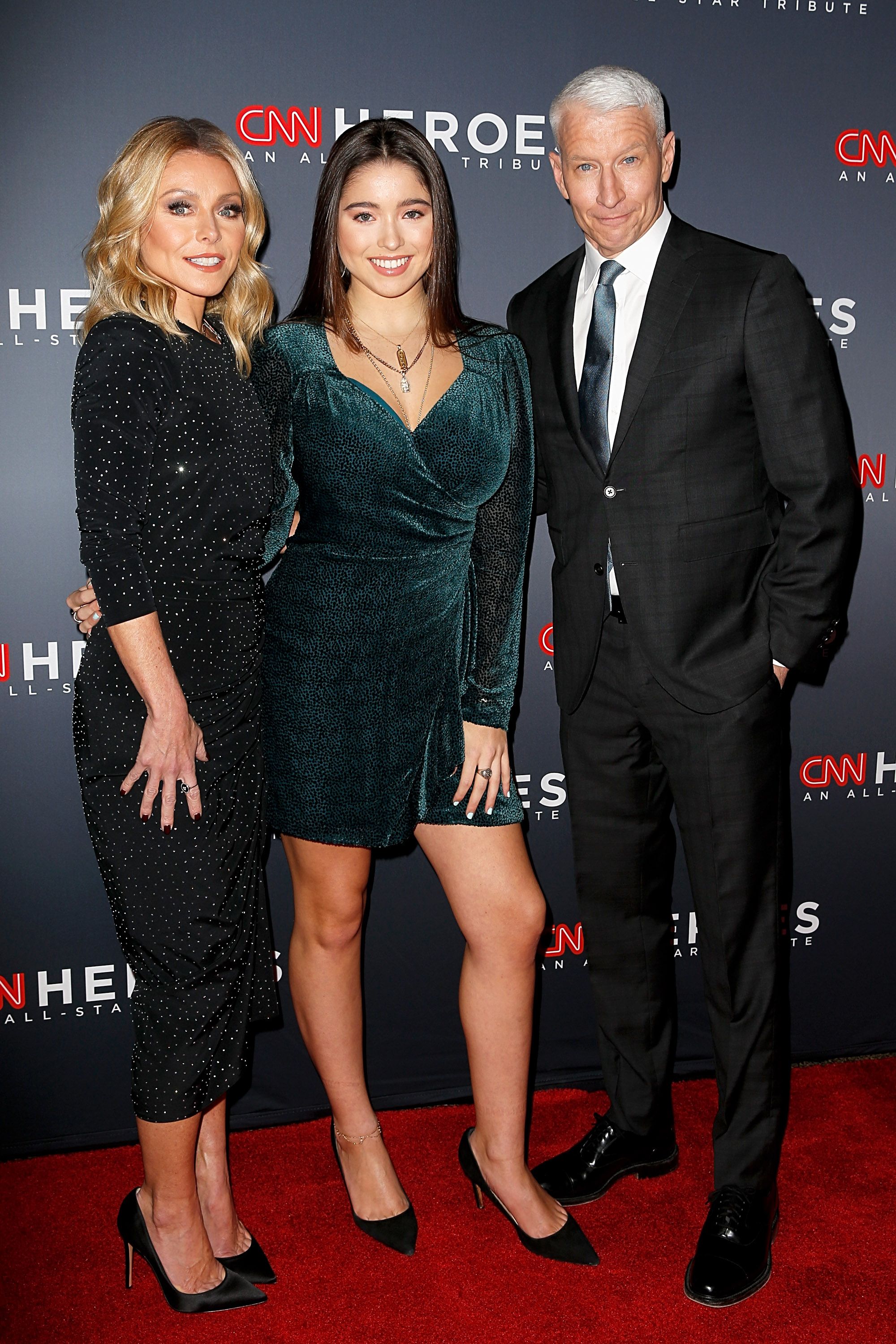 Scroll for the photo. Lola, herself fiercely private on Instagram and this year wiping her feed bar one yacht photo, featured in a black-and-white shot as former sitcom star Kelly posted today, seen sitting on a grass-laid towel and by a woven wicker chair as she caught both sun and shade.

Lola, who has made headlines for disapproving of Kelly and husband Mark Consuelos‘ Instagram flirting, was confirmed as having "approved" the photo, one seeing her rock a bikini as she sat with arms wrapped around her legs.

Largely hiding her swimwear but definitely showing off a pair of sneakers, Lola had Kelly joking in the caption, one that gushed over her. The mom of three wrote:

"Happy 20th birthday to the little lady with the big feet @theyoungestyung ♥️♥️🎉🎉🎂🎂👣👣we love you so much! You are our favorite daughter, no doubt! (This was the approved photo)."

Quick to reply was Bravo host and close friend Andy Cohen, who wrote: "We love you, Lola" with a heart emoji. More photos after the snap.

See Her BBQ Photo Below!

Lola, recently featuring in a BBQ grill photo with 50-year-old Riverdale actor dad Mark, had the comments section on her side. "She’s a stunner, happy birthday," one user wrote. "Omg, I’m not the only parent that needs approval for sharing their photos!" another said.

In 2019, Kelly revealed it took 20 hours for Lola to green-light having her post her prom photos, ones showing the then-teen in a stunning green dress. Lola sandwiches brothers Michael and Joaquin. Scroll for more photos below. 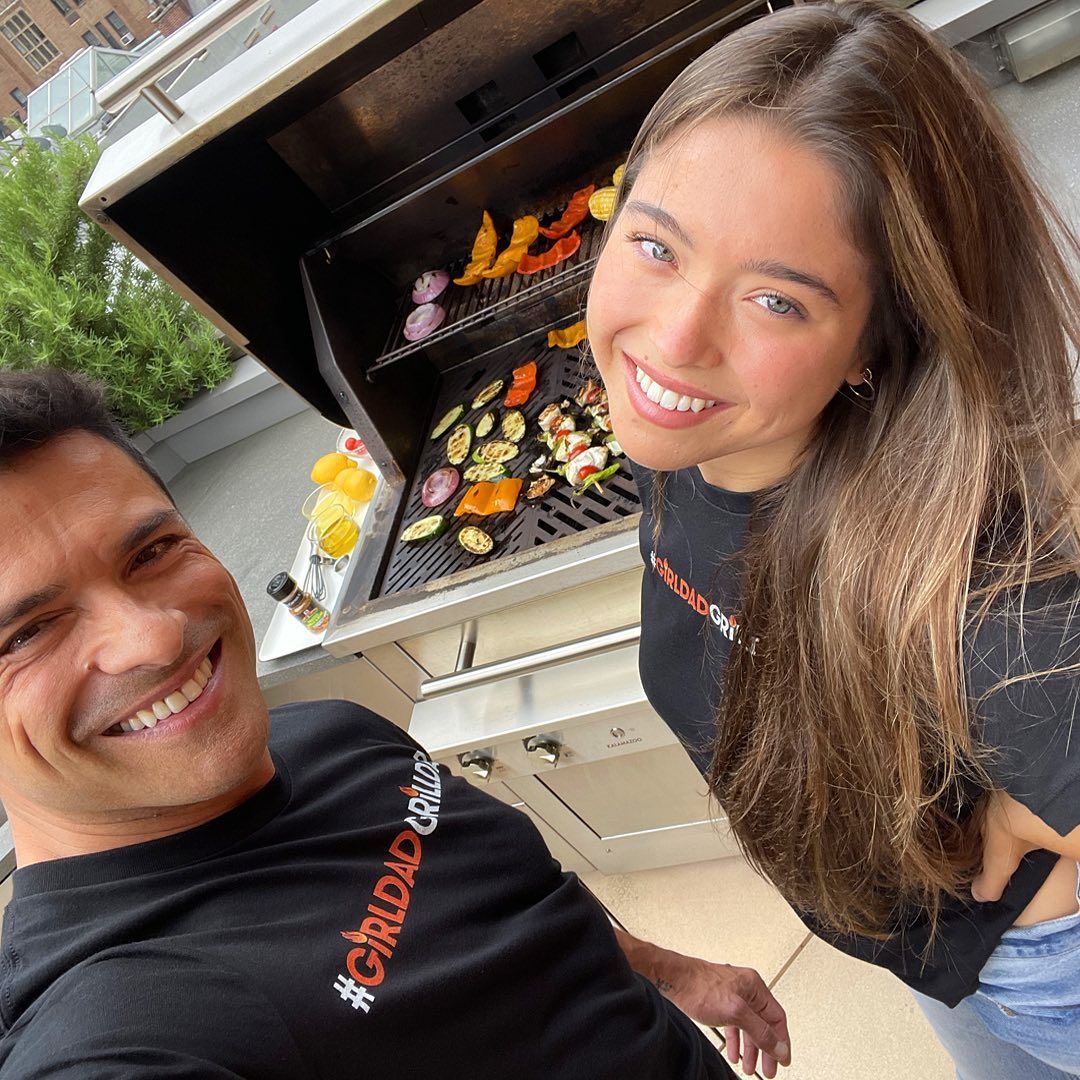 In 2020, the entire Ripa/Consuelos family fronted People magazine for its first ever Family Issue. The feature offered dad Mark a chance to speak on his daughter, with the actor saying: “As overprotective as I thought I would be when she was born and I was holding her in my arms, I’ve mellowed a bit. Because I’m really aware of what a good head on her shoulders she has.”

Lola also joined the family for their headline-making pool photo, one shared to Kelly’s Instagram.