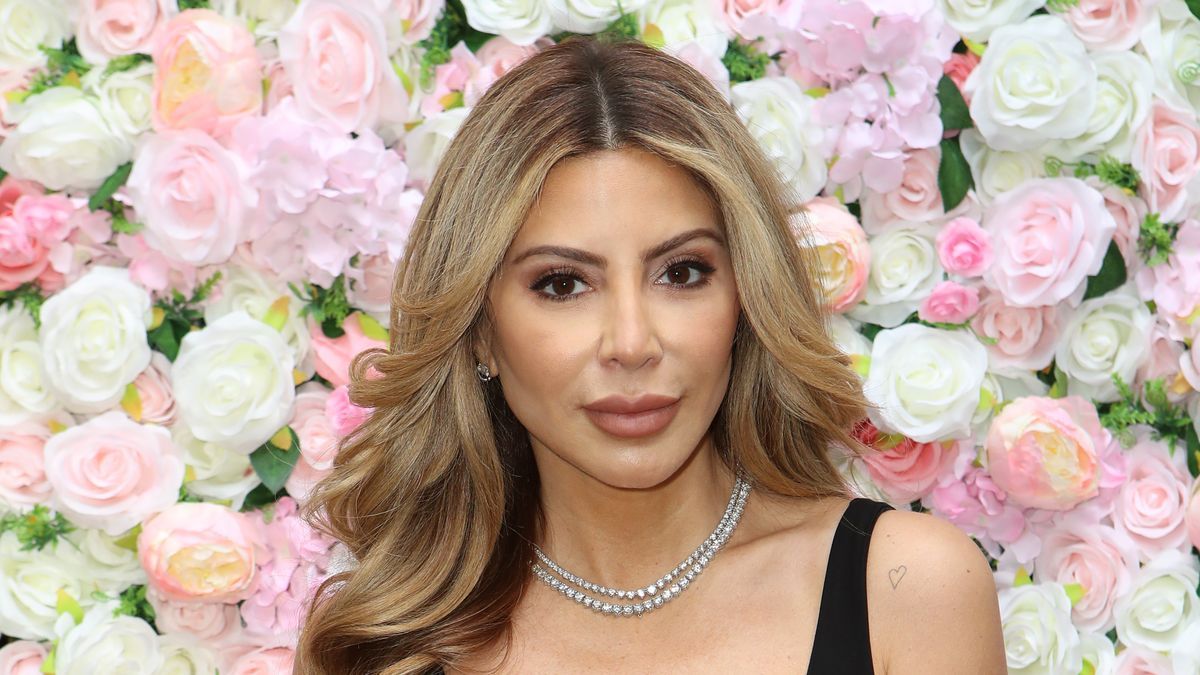 The photo was taken outdoors, and Larsa perched on a flight of stairs leading up to a stunning entry with a massive black-framed door and chic black lanterns positioned along the walls, though they remained off as the photo was taken in the daytime.

Several large columns added some major drama to the space, and Larsa leaned against one as she posed for the image. 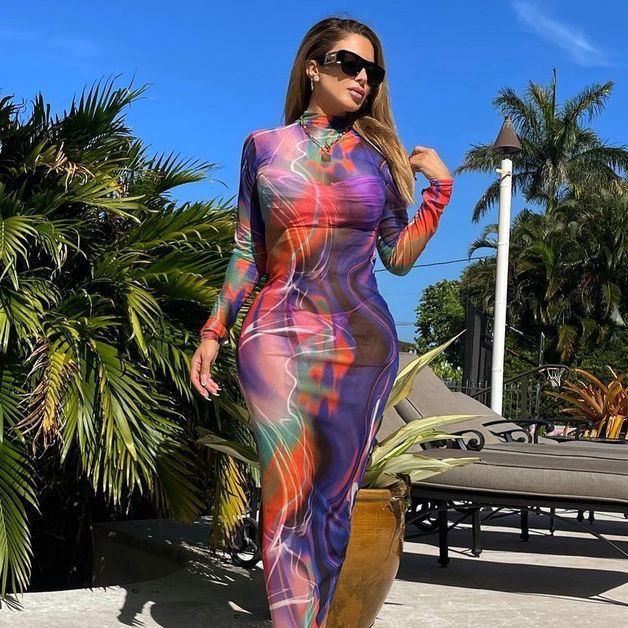 The ensemble she wore was from the retailer PrettyLittleThing, a label Larsa has worn on her page many times before. Larsa made sure to tag the company’s own Instagram page in the caption of the post as well as in the picture itself, in case any of her audience wanted to shop the look.

The garment had a very simple silhouette, with a scooped neckline and thick straps extending over her shoulders. Her toned arms remained bare, and the neckline was modest enough to not show any cleavage.

The garment featured a trio of buttons stretching from the neckline down over her breasts, and they all remained buttoned up. The piece was crafted from a ribbed material that hugged her curves, showing off her hourglass shape to perfection.

The material accentuated her slim waist and shapely hips, and the hem landed just a few inches down her thighs, showing off plenty of her toned legs as well.

Larsa had one foot planted on the ground and the other bent in a pose that was all casual glamour.

In addition to PrettyLittleThing, which sells more affordable attire, Larsa tagged designer brands Hermes and Gucci in the photo to clue her fans in on where some of her accessories came from.

Larsa spiced up the simple white dress with several accessories, including layered gold necklaces that gleamed in the sunlight, and sunglasses perched atop her nose. She kept things casual with Gucci sneakers, and carried a large Hermes bag.

Her long locks were pulled back in a sleek bun atop her head, and she gazed at the camera through her sunglass lenses as she posed.

She paired the image with a caption proclaiming that “life’s too short to worry about the little things,” and her fans couldn’t get enough.

“Stunner,” one follower commented, including a flame emoji in the compliment.

“You are so hot,” another chimed in.

“Let’s go get married how’s that for a big picture,” yet another wrote, referencing her caption flirtatiously.

Just yesterday, as The Inquisitr reported, Larsa sizzled in a white string bikini for a steamy share that delighted her followers.

Alex Jones halts The One Show as 'wind' joke leaves her in hysterics: ‘So unprofessional!’

Alex Jones halts The One Show as 'wind' joke leaves her in hysterics: ‘So unprofessional!’