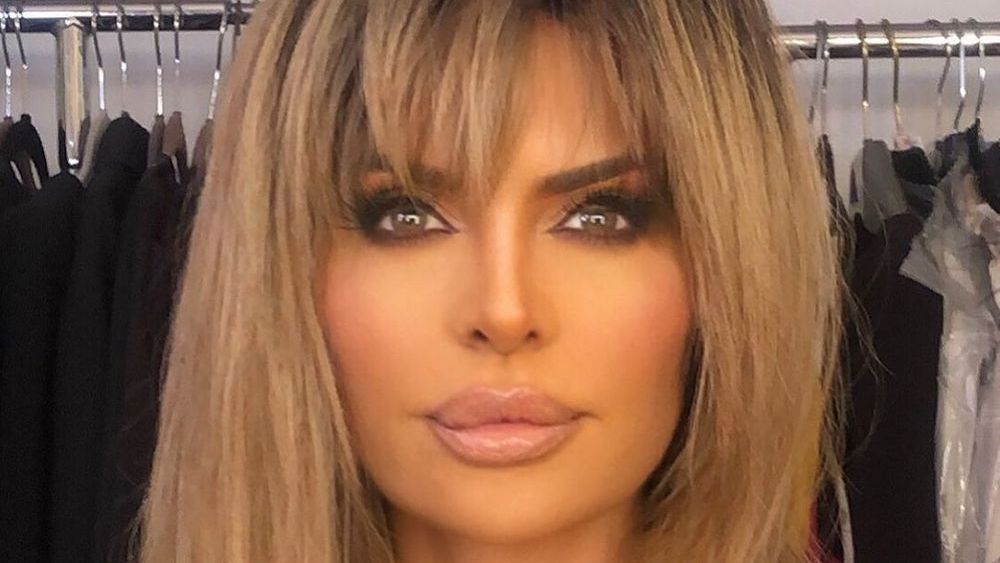 Lisa Rinna is celebrating Hump Day on the beach with a jaw-dropping slow-motion bikini run. The 57-year-old Bravo face was all treat for her 2.6 million Instagram followers on Wednesday, marking the hardest day of the week to get through and seemingly making this week’s one a lot easier for her fans. Lisa, who has been busy plugging her December 2020-dropped Rinna Beauty line on Instagram, today took a well-earned break from the promo, and it was all body from The Real Housewives of Beverly Hills star. Check it out below.

Scroll for the video, one that even came with a little motivation as Lisa told fans: “Keep moving forward.” The mom of two, who has been in the news for reacting to 19-year-old daughter Amelia Hamlin dating 37-year-old Talentless founder Scott Disick, was giving a nod to being nearly 60 and looking flawless in a bikini, with the shorefront video seeing the actress in a red string bikini as she flaunted her ripped frame and got in some mid-week cardio.

Showing off her beyond-toned body and going a little Baywatch with the slow-mo running, Lisa knocked ’em dead, delivering a little ta-da with her arms as the video closed and returned back to normal speed. “Happy Hump Day,” the Lip Kit queen CEO wrote with four blue heart emoji. See more photos after the video!

Comments don’t take long on Lisa Rinna’s Instagram. While the star was last year slammed for her bikini and cowboy hat dance to Billie Eilish, it was thumbs-up as Lisa was called “Dreamy AF.”

Scroll For Her Leg Hike

Lisa’s Instagram this week has been dominated by her promos for Rinna Beauty, a brand retailing $45 Lip Kits in shades including Birthday Suit – 50-year-old talk show queen Kelly Ripa is a giant fan and has been wearing the lipsticks on her morning show.

“Kicking off the Full Pink Moon like….💋💄,” Lisa wrote just yesterday as a promo video showed her yanking up her leg in stilettos and a black bodysuit to promote her merch. And yes, blonde Kelly left a like. More after the video.

“It’s been in the works a long, long time. It was something that seemed like the perfect fit, [to] start a lip line. I first wanted to do it… I would say at least 10 years ago, maybe even more. I kept getting close to finding the right partner, the right cosmetic company to work with,” she said.

Dementia prevention: Six key habits to minimise the risk of the brain condition

‘Can't string a word!' The One Show in chaos as Paul Merton blasts Ian for being 'drunk'

‘Can't string a word!' The One Show in chaos as Paul Merton blasts Ian for being 'drunk'