A three-year pilot project for the control of taeniasis in Madagascar has shown very interesting and far-reaching results. Eligible adults and children aged five and over in 52 villages in the District of Antanifotsy1 were treated with the
medicine praziquantel2 (at a dose of 10 mg/kg). The medicine was well-tolerated, with no major side events reported throughout the duration of the project.

Liberia Makes another Milestone in the Fight Against COVID-19- Receives 302,400 Doses of Johnson and Johnson Vaccines

“This is the first such project for the control of taeniasis in Madagascar and we achieved a treatment coverage as high as 95%” said Dr Sylvia Ramiandrasoa, who managed the project. “The key factors that led to this achievement include a comprehensive social mobilization campaign comprising education and communication awareness and the proximity of community health workers with the communities which resulted in high treatment compliance.”

An average of over 73,000 people were treated, every year, for 3 years with a total of 221,308 treatments. Adults and children over 5 years of age were included. The outcome was a significant reduction in the prevalence of taeniasis, observed four months
after the last mass treatment of communities in the villages.

“The lessons from this important project and its impact go beyond Madagascar” said Dr Bernadette Abela-Ridder, in charge of WHO’s Neglected Zoonotic Diseases programme. “They show that if we treat people with the right dose at regular intervals, few will get infected or develop neurocysticercosis.”

However, this reduction could not be maintained, and sixteen months after the last treatment, taeniasis returned to its original levels, but the outcome of the pilot project implies a ‘One Health’ approach3 is required to break
the cycle of infection. This can effectively happen when regular treatment of people living in endemic areas is combined with pig vaccination and pig treatment. 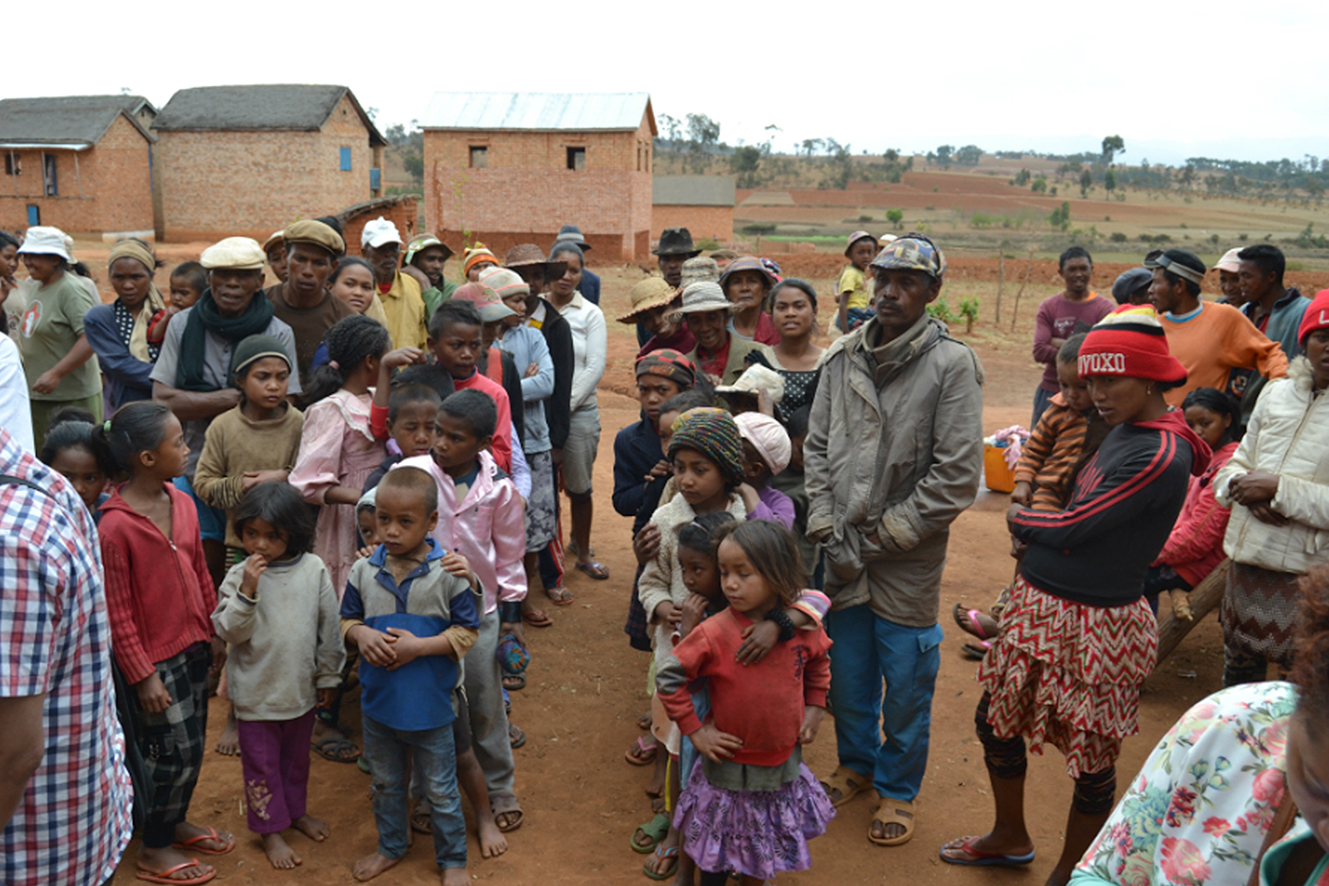 Picture: WHO / People in one of the 52 villages in Madagascar’s Antanifotsy District waiting to be treated with praziquantel against taeniasis during a pilot project that ran from 2015-2017

The project, led by the Ministry of Health of Madagascar and supported by the World Health Organization (WHO), started in 2015.

Taeniasis is prevalent in rural areas of Madagascar where people practice backyard pig rearing. The parasite that causes taeniasis, T. solium, was first described in the early 1900s in Madagascar.

People who have tapeworms in the intestine will shed tapeworm eggs.